Making custom gates is what we do, not only tailoring the length so the gate fits well, but also offering custom gate styles. Gate manufacturers put out the same styles quickly, cheaply and in bulk. Their aim is to make quick money. Quality is no longer important. Redundancy is the game, forcing people like you to replace your gates often. In a world where waste is at record highs, Farmweld is bucking this trend.

‘M’ approached Farmweld about making a pair of custom designed driveway gates, at an affordable price. She liked the ‘Eleanor’ but wanted to change the top so that the wrought iron work met in the centre, making it look more like one gate when they were closed. Farmweld’s blacksmith, Andrew Hood forged a simple set of scrolls for the top of the gate giving it a simple but refined elegance.

“Farmweld were really helpful and accommodating, and willing to let me change/manipulate the design.” 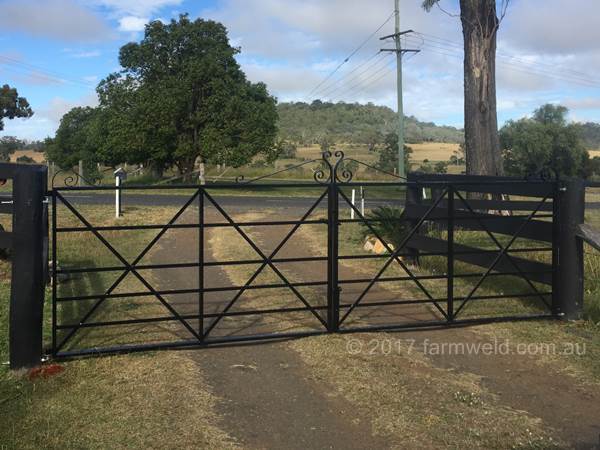 The ‘Eleanor’ country gate was personalised with a custom wrought iron topper. 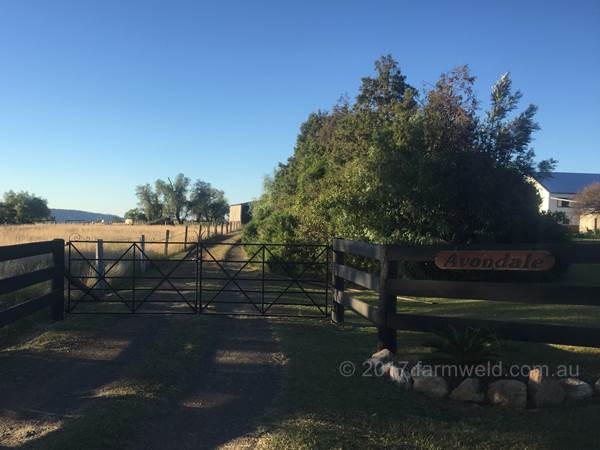 The gates were to look like they’d been there for years, blending with the era of the old Queenslander 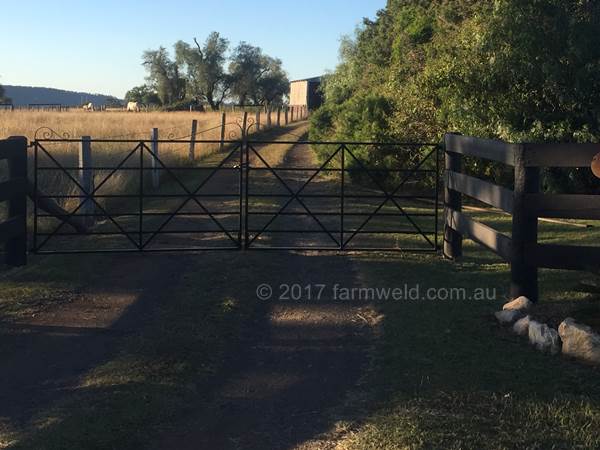 The brief was to create an elegant gate that looked like it had been part of the old Queenslander’s property for decades. An existing design, the Eleanor, was modified to suit. This is what the customer had to say:

“I needed a gate that was elegant and not like all the other mass produced gates. I had looked at other options but no companies really offered the range between farm gates and really elaborate gates.

I found Farmweld’s gates in Google images, magazines and on Pinterest.

I live in Queensland and was initially hesitant that with Farmweld being in SA that shipping would cost a huge amount. I thought that they may have been out of my price range for the gates also. I was unable to find a supplier in Qld that offered a similar style and that was reasonably priced. But when I contacted Farmweld they were really helpful and accommodating, and willing to let me change/manipulate the design.

The best thing about my experience with Farmweld was that they were incredibly helpful, professional and timely.

I bought two entrance gates which I absolutely love as I was after gates that were respectful to our 100+ year old farm house Queenslander that was no too ‘fancy’. I was after understated elegance, gates that were well made and looked like they could have always been there. The greatest benefit was that it was personalised. I also really liked that it is not mass produced.

I would recommend Farmweld to anyone that is looking for quality, personalised, unique statement pieces”

If you’re thinking about updating your entrance with a Heritage Style Country gate, CLICK HERE to view the range.


Thinking about updating your entrance?
Call us today to see how we can help you improve the value of your property.
Contact us today...